Taking classic stories from Asia and the West, Pop! Lit for Kids reimagines them into easy-to-read stories that provide the perfect introduction to classic tales. The most well-loved stories from around the world have been adapted into a form that will excite and entertain children everywhere. Readers can embark on new adventures with famous beloved storybook characters. In addition, the books come to life with augmented reality features, giving readers an enhanced experience that they'll never forget! 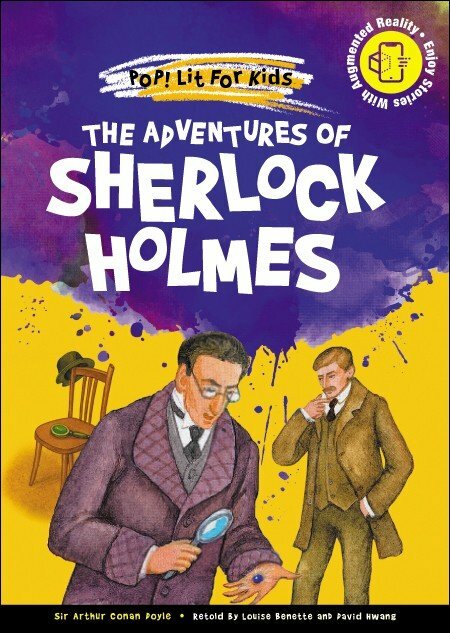 Around the World in Eighty Days
Phileas Fogg is a man that likes things to be done with military precision. But when he accepts a bet that hinges on him travelling around the world in 80 days, he's in trouble. Along with his butler, Passepartout, Fogg embarks on a thrilling race around the world, from England to Egypt, Japan and America, and then back again! Can he beat the clock and win his bet? Or, will he lose his fortune trying? 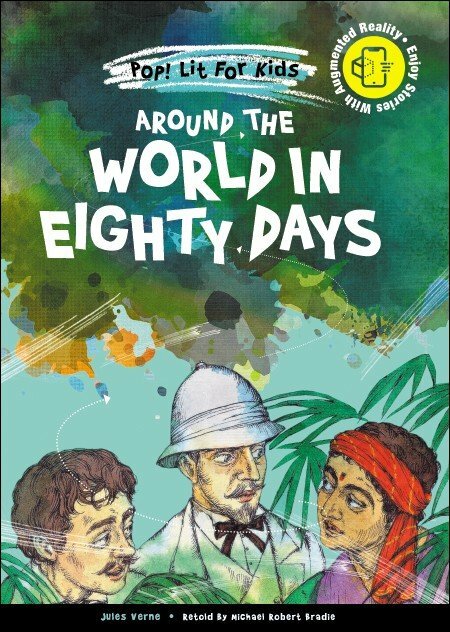 Journey to the West

Are you ready for a journey you'll never forget?

Join Tripitaka, Sun Wukong, Zhu Bajie and many other friends on a great adventure! Sun Wukong might be mischievous, but he's fun to be with! Watch as Tripitaka faces a lot of problems and overcomes them, one step at a time. Be inspired by Zhu Bajie, who has a lot of weaknesses and tries very hard to cope with them. So, are you in? The Adventures of Robin Hood
In his quest to protect the poor and oppressed, Robin Hood and his band of Merry Men go head to head with the cruel Prince John and the dastardly Sheriff of Nottingham. From their hideout in Sherwood Forest, these fun-loving thieves outwit the authorities at every turn by taking from the rich and giving to the poor. Filled with action and danger, the adventures of Robin Hood will delight young readers. The Malay Annals
Once upon a time: A small boy saved the island of Singapura from a terrifying garfish attack. A clever Melakan Prime Minister outwitted a Chinese Emperor. A poor coolie was challenged by a water demon to do the unthinkable. These are all stories of valour, wit and intrigue from the literary Malay Annals. Handed down and cherished from generation to generation. Now made accessible to modern readers. Ramayana The Quest to Rescue Sita
Exiled from his homeland, Prince Rama must brave through an odyssey in search of his wife, Princess Sita. She's been captured by a demon that Rama must overcome before taking his place as the rightful ruler. A dramatic tale of love, abduction and battle will play out in a world thronged by heroes, deities and demons. The timeless Ramayana has thrilled readers and listeners since the fourth century B.C. Pop! Lit for Kids (Set 2) Volume 7 - 10
Little Women
Join the lively March sisters as they go through highs and lows in life. It is cold in winter and their father is away at war. Meg, Jo, Beth and Amy have little to eat, yet they care for the poor. The talented sisters have big dreams about their future, but things aren't always easy. A new friendship with the boy next door somehow changes things. Peter Pan
Life with Peter Pan is hardly dull! The boy who never grows up takes Wendy and her brothers on a wild adventure. With fairy Tinker Bell, they fly far, far away to Neverland. There, they live under a tree with the Lost Boys and hide from the pirates. Follow Peter and friends in their fantasies until bloodthirsty Hook creeps up. Can they escape? Tick tick tick ... Journey to the West: Perils on Earth
Join Tripitaka, Sun Wukong, Zhu Bajie and many other friends on a great adventure! Sun Wukong might be mischievous, but he's fun to be with! Watch as Tripitaka faces a lot of problems and overcomes them, one step at a time. Be inspired by Zhu Bajie, who has many weaknesses and tries very hard to cope with them. So, are you in? Romance of the Three Kingdoms: The Brave Brothers

Liu Bei thinks he is all alone in saving people from troublemakers. Luckily, he meets two good guys who are brave and heroic. Together, they start an army. The three men get along so well that they decide they won't just be friends. They'll be brothers! Join Liu Bei, Guan Yu and Zhang Fei as they fight against bullies and protect China! 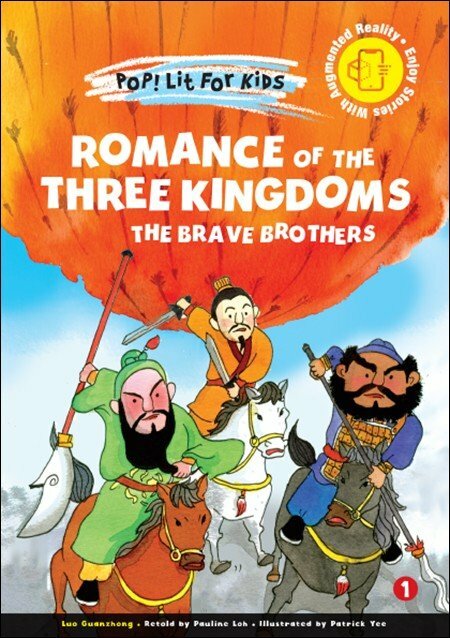 Readership: Children from 7 to 10 years 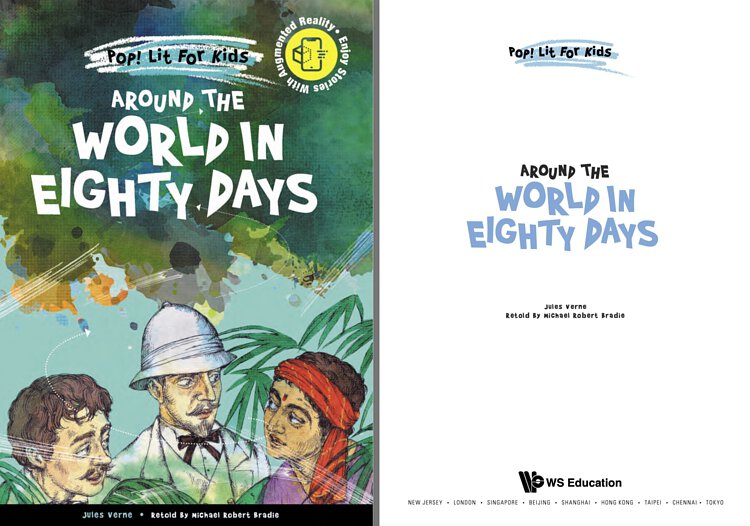 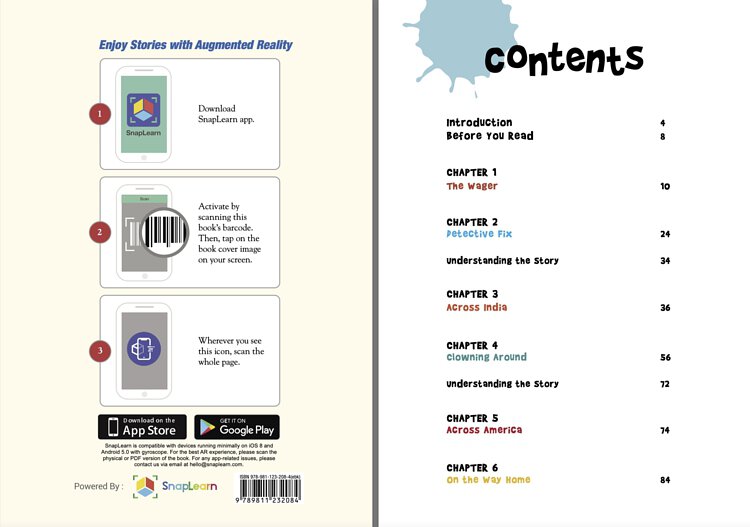 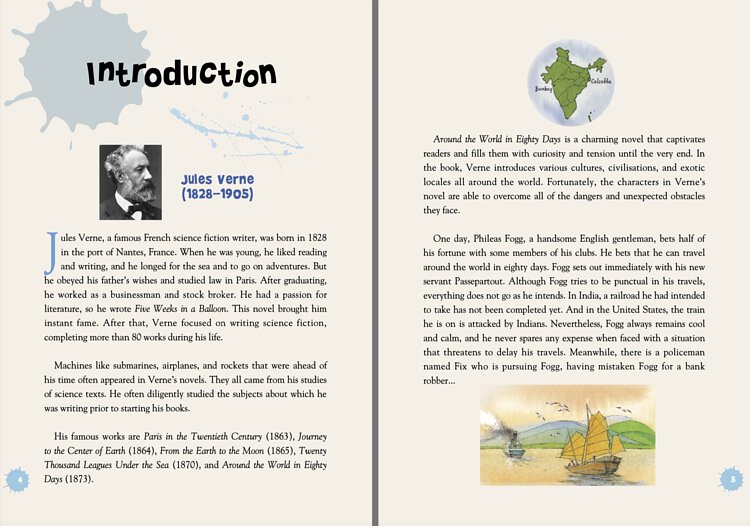 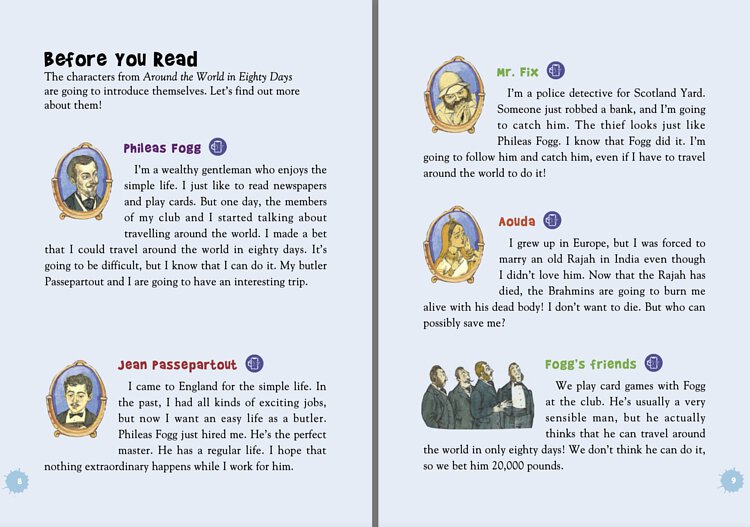 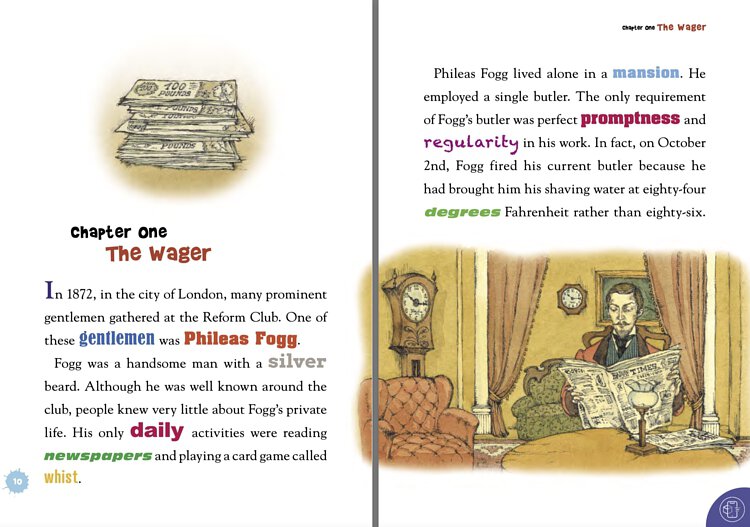 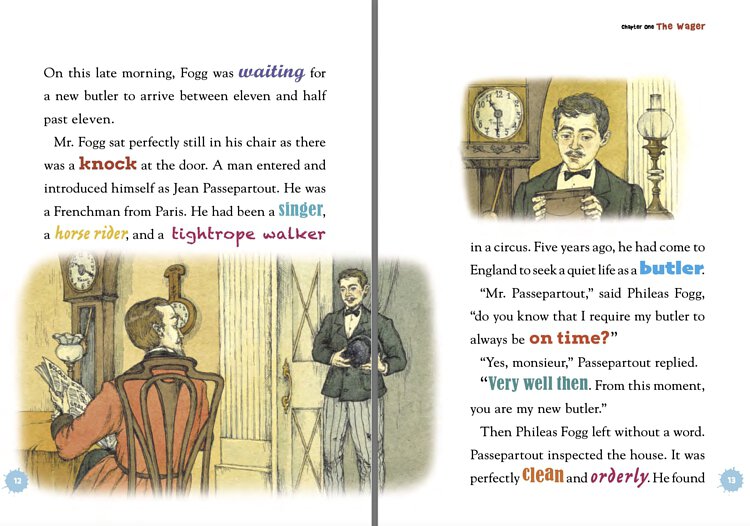 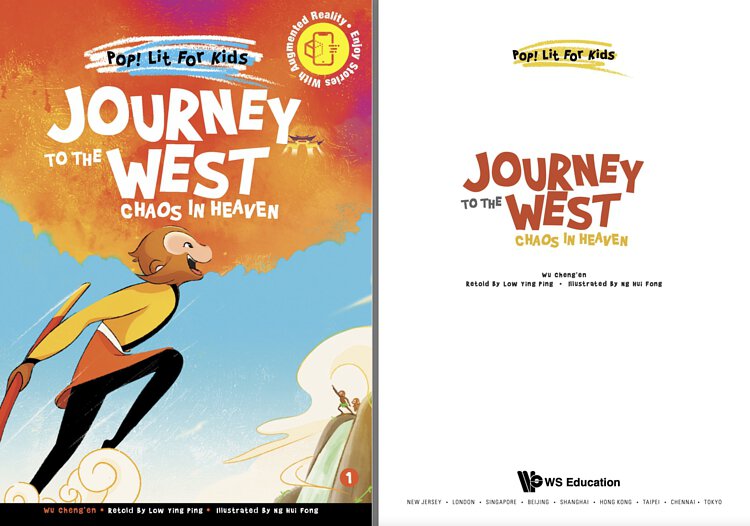 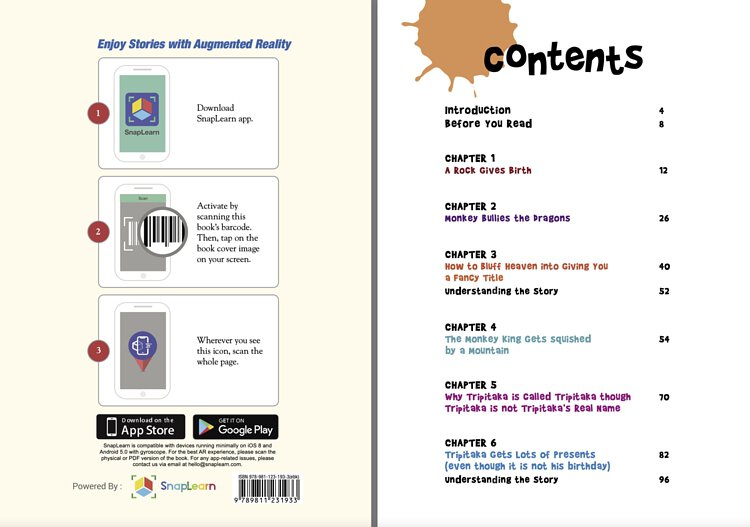 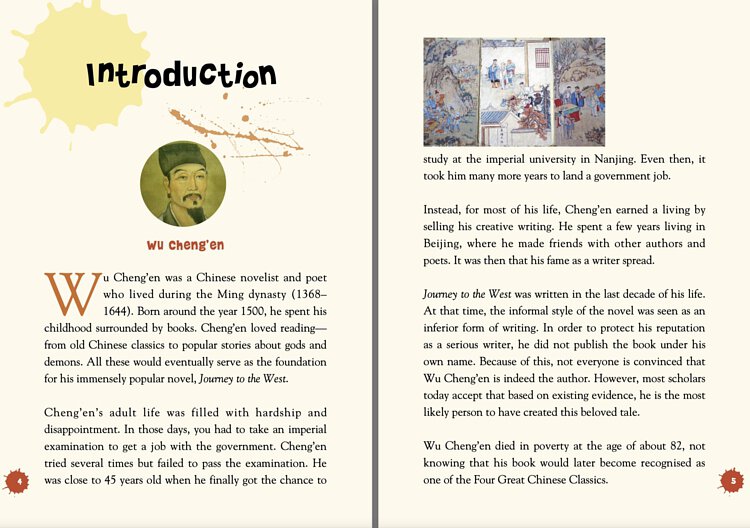 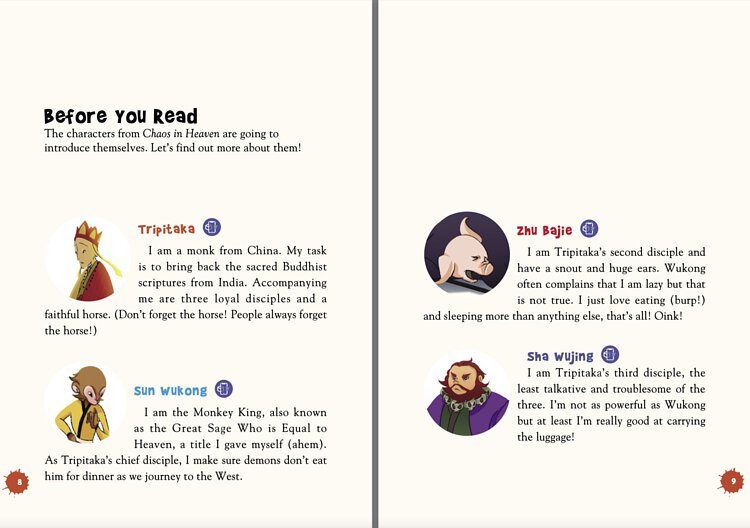 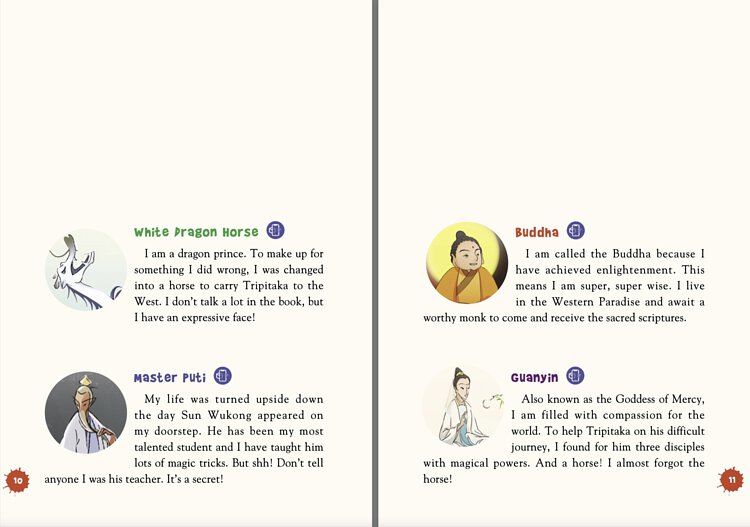 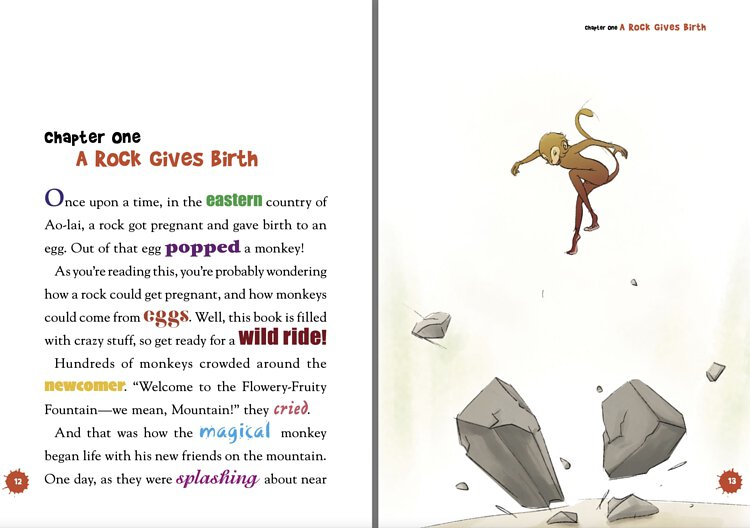